Trump is PISSED Off and Desperate As F@*k! 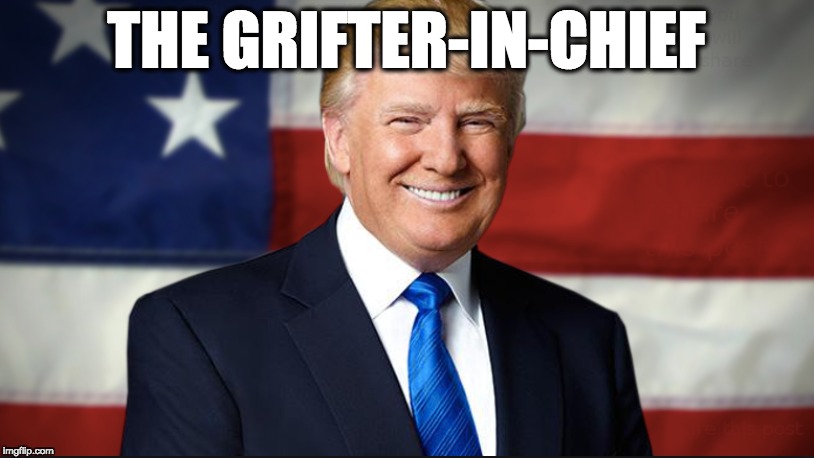 Folks, The Orange Haired Orangutan/Human Hybrid is Fracking ENRAGED and has resorted to BULLYING his supporters to financially pay for his inevitable legal expenses and other incurred debts. 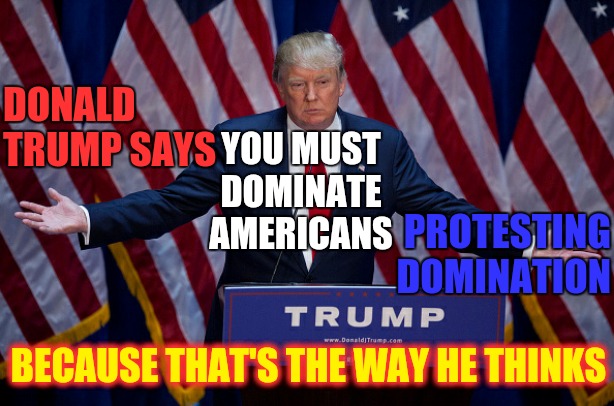 The Trump campaign has solicited donations from supporters to fund lawsuits challenging the results of the presidential election in a flurry of fundraising pitches, but at least half of the money will go toward paying down its debt, according to the fine print.

The Trump campaign has relentlessly flooded supporters with appeals for donations to pay for the legal effort, reportedly firing off more than a dozen emails on Sunday alone.

The emails for the “official election defense fund” warned supporters that it was imperative to “PROTECT the Election.

“This is your FINAL NOTICE,” one pitch said. “So far, you’ve ignored all our emails asking you to join us in DEFENDING THE ELECTION. You’ve ignored Team Trump, Eric, Lara, Don, the Vice President AND you’ve even ignored the President of the United States.”

The emails linked to a donation page with a disclaimer advising that 50% of the donations would be used to retire the campaign’s debt, The Wall Street Journal first reported.

Though President-elect Joe Biden is also raising money to fend off legal challenges, there is no disclaimer about retiring campaign debt in his pitches. His campaign did note that most of the donations would go to the Democratic National Committee, and both parties would likely play a “prominent role in financing election legal proceedings,” according to the report.

“It is an indication that they’re not super serious about pursuing one and that their announcements are mostly for show,” The Post’s James Hohmann said.

Trump’s campaign raised more than $1 billion earlier this year, but it quickly blew through that money early in the campaign, prompting the ouster of campaign manager Brad Parscale. Whereas Biden began October with more than $177 million in the bank, Trump’s campaign had only $63 million.

Trump has continued to push unfounded claims about “irregularities” and “fraud,” even though no significant evidence supports his claims.

Meagan Wolfe, the director of the Wisconsin Elections Commission, told reporters last week that she had “not received any reports of any irregularities. “

Georgia Lt. Gov. Geoff Duncan, a Republican, told CNN on Monday that “we’ve not seen any credible examples” of fraud or irregularities.

The Republican leaders of the Pennsylvania legislature also said in a Friday statement that they had not received any reports of “voter fraud” or “any other misdeeds.”

Nevada Attorney General Aaron Ford, a Democrat, on Friday said the campaign’s fraud allegations were “garbage,” and neither the “Republican secretary of state” nor “17 county registrars” had reported any widespread fraud.

While a legal challenge in a specific state could theoretically swing the election, as did the recount and litigation surrounding the 2000 presidential election in Florida, Trump is on track to lose in so many must-win states that his legal efforts are effectively futile. President-Elect Biden already has 290 electoral votes, is on track to win Georgia, which would raise his tally to 306 votes.

“Trump’s biggest emerging problem is that he needs to overturn the results in multiple states,” Blake wrote. “In fact, he’d need to do so in at least three states, as things currently stand.”

The fundraising efforts amid the seemingly doomed legal moves suggests that Trump may be pushing fabricated claims of fraud to milk his supporters for additional cash.

“Part of the reason Trump won’t concede is narcissism. But it’s also about money,” Popular Info’s Judd Legum wrote. “He can raise a lot of money convincing millions of people that he needs cash to expose the biggest fraud in American history. If he concedes, that grift is over.”