Beauty Is More Diverse Than Ever. But Is It Diverse Enough?

Influential stylists and makeup artists would most likely say: It’s only a start.

In an era of makeup collections with 40 foundation colors and more spokesmodels of color than ever before, diversity at the beauty counter would seem to be accepted, even celebrated.

Yet if you ask influential makeup artists, hairstylists and photographers about it, the answer is more likely: It’s a start.

Compared with fashion, beauty has been quicker to act on matters of inclusivity. Driven by social media, beauty has, in the last five years, moved to welcome, and to represent, customers all along the spectrum of skin shades and gender identities.

Consider the smashing success of Rihanna’s Fenty Beauty line, which has been credited for the new 40-foundation standard and which proved just how myopic many beauty brands had been.

Clearly women of color make up a market that is far from niche. The days when Iman, a supermodel of the 1970s and ’80s, had to blend her own foundation on photo shoots seem archaic. (She later started her own cosmetics line, ages before Rihanna, to address those very issues.)

“You don’t have the excuse anymore that the product isn’t available,” said Nick Barose, a makeup artist whose clients include Lupita Nyong’o, Priyanka Chopra and Gugu Mbatha-Raw. “Younger, older, darker, lighter, different undertones — you should be able to look at the face in front of you and match.”

This is “absolutely tied to race,” she said. “When you get into perms and relaxers and all of these things to alter what is naturally yours, let’s be honest, it’s embracing a race or nationality that is not your own.”

What we’re seeing now — a variety of hairstyles and textures on the red carpet — has not come without effort. In Ms. Johnson’s estimation, change has been five years in the making and an uphill battle.

“It takes brave women, like Wanda Sykes, who was my first celebrity who would wear her natural hair, to basically say, ‘I’m comfortable with who I am,’” she said. “I was able to take Wanda’s natural hair and make it look glorious — really pretty. After that, other women with curly hair jumped on board, because they saw how you could do beautiful things with their own texture.”

‘Let’s take it to a place that’s real’

Natural hair texture and diverse skin tones have been “in” before. (Recall the 1960s Diana Ross and the ’70s runway shows of Yves Saint Laurent.) So is this all something that passes, or is it more lasting?

Sam Fine, a makeup artist known for working with Naomi Campbell, Iman and Queen Latifah, is skeptical. He has been in the industry since 1991 and has seen cosmetics collections developed for women of color come and go.

“There was Revlon, when they released ColorStyle, and also Maybelline Shades of You — where are they now?” Mr. Fine said. “Makeup brands have had this relationship with women of color that is very trend based. If they signed on a Veronica Webb or Tyra Banks as a face, they’d suddenly release a collection for them.”

Mr. Fine saw more permanent change in the ’90s with the rise of makeup-artist brands — especially MAC, Nars and Bobbi Brown. “They really started to bridge the gap,” he said. “MAC, particularly, embraced people of color with its wide range.”

Still, he sees further need for improvement. “We’re stuck in a place that is politically correct,” he said. “Let’s take it to a place that’s real and lasting. For example, every brand is launching 40 foundation colors now because it’s the trendy thing to do. But is the brand actually doing the work — the initiatives and outreach? It’s not just about putting a black model next to Gigi Hadid. The stock needs to be there, and not only 40 shades at your Times Square store. The people at the counter need training.” 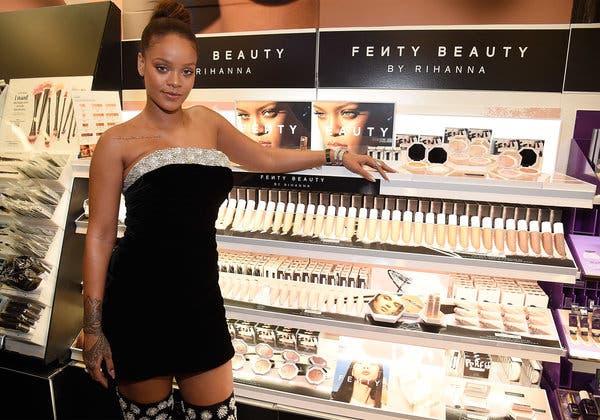 Indeed, education is often cited as an issue. Tym Buacharern, a makeup artist who has worked on “Black Panther,” “Dreamgirls” and the “Hunger Games” series, criticizes beauty schools for not doing enough. They teach predominantly how to work on Caucasians, he said. Moreover, he believes that younger makeup artists are relying too much on YouTube tutorials.

“YouTube is amazing for inspiration when you’re experienced, but it does the young makeup artist a major disservice because you’re learning from someone who’s great on doing makeup only on himself or herself,” Mr. Buacharern said. “You need to learn the fundamentals first.”

Those skills, he said, include shade matching, finding the right formulas for skin types and working with who is in front of you.

It isn’t surprising, then, that when a black actress, say, shows up on set, she may have hair and makeup issues. “When you have a woman of color coming in — Latino, Asian, black, whatever — she has likely had problems with hair and makeup,” Mr. Buacharern said. “There’s not a lot of trust there.”

With more women of color in lead roles, that dynamic has been slowly changing. “The bigger the actress, the more she has control of who works on her,” Mr. Buacharern said. “It has nothing to do with vanity. It’s about being comfortable and not having to worry about the hair and makeup part so they can focus on the work of acting.”

Even if a hair and makeup team nails a beauty look for a woman of color, she can still appear on camera with a gray, shiny complexion (or worse, overly lightened skin) and dull hair. That’s because a crucial part of the image-making machine relies on photography.

“Photographers play a big, big role, and many of them have no idea how to light a woman of color or how to retouch someone other than white,” said Vernon Francois, a hairstylist who worked with Lupita Nyong’o for her “12 Years a Slave” press and awards season run.

Alexi Lubomirski, who photographs magazine covers and beauty campaigns and recently shot the Meghan Markle and Prince Harry wedding portraits, has seen lighting issues turn into a battle of aesthetics. “Some creative directors are afraid of highlights on darker skins because they feel it is not representative of the natural color of the girl’s skin,” he said.

“I happen to like the highlights and the range of dark to light on skin,” said Mr. Lubomirski, who is also the author of “Diverse Beauty.” “For me, that is part of the beauty of darker skin, that it has this depth of color that naturally shows lighter and darker areas.”

Things can go awry after a shoot, too. “The first time I shot Lupita Nyong’o, she asked me not to lighten her skin in postproduction, as she had experienced this before,” Mr. Lubomirski said. “It made me look back at my archive of work and realize that several times my studio had given a magazine the final retouched images, yet the skin was made lighter before going to print.”

“Magazines and advertisers can be hesitant to champion anyone that strays too far from a perceived standard beauty spectrum,” he added.

Stylists point out that beauty ideals are created, or reinforced, over a celebrity’s press cycle, especially on the all-important red carpet.

“When Lupita is standing on the red carpet, she’s being shot by a white flash that’s meant for someone like Jennifer Aniston,” Mr. Francois said. “It’s disrespectful. Because this is what people are seeing at home, and this is maybe why somebody is thinking, ‘I want to look like Jennifer Aniston’ and why maybe they’re not thinking the same of Lupita and Viola Davis. This is where the vying for beauty campaigns, and whether so-and-so can sell beauty products, starts.”

Mr. Barose noted that lighting is an issue across the entire celebrity circuit. “If I have a client who is appearing on ‘The View,’ I know she’s going to look amazing because that crew knows how to light for a range of skin tones,” he said. “But there are some shows that light for maybe only the white hosts. That’s when issues with makeup can happen even if I did the look beautifully.”

‘Textured hair is not difficult’

Lacy Redway, a hairstylist who works with Ruth Negga and Tessa Thompson, said that behind the scenes, at photo shoots and backstage on fashion runways, the prevailing opinion is that textured hair is difficult.

Ms. Redway pointed to an Instagram time-lapse video posted last fall by Londone Myers, an up-and-coming Cameroonian-Irish model, which documented her experience backstage as she waited and waited while stylists passed her by.

Ms. Myers wrote in the post: “I don’t need special treatment from anyone. What I need is for hairstylists to learn how to do black hair. I’m so tired of people avoiding doing my hair at shows. How dare you try to send me down the runway with a linty busted afro. We all know if you tried this on a white model, you’d be #canceled.”

Ms. Redway said there are models who show up for shoots already prepped because they’re afraid the stylist won’t know what to do with their hair. “So many stylists are intimidated by textured hair that they don’t even know what it’s supposed to look like, so they also don’t know when it looks wrong,” she said.

But Ms. Redway is generally upbeat that change is happening. She wants to make the discussion more open and less intimidating. (“It can be such a sensitive topic that people are scared to talk about it,” she said.) And part of supporting the movement requires adopting better vocabulary.

“You can do anything with ‘textured’ hair,” she said. “It can be bone straight. It can be in braids. It can hold up more styles. Textured hair is not difficult. I would call textured hair ‘versatile.’”

Similarly, Ms. Johnson is keen on reframing traditional stereotypes attributed to textured styles. “I don’t even like to call them dreadlocks — I just call them locs,” she said. “I want to show you don’t have to do a Rastafarian look.”

Ms. Johnson remembers doing them for Sasha Lane for the Met Gala this year, and last year as well, with Swarovski crystals. “It was very beautiful and glamorous,” she said.

And unlike past moments, when diverse beauty became popular in spurts and stops, Ms. Johnson is confident that what’s happening is more than just a trend.

“We have morphed into a world where people are very much in touch with who they are,” she said. “They are firm about it and unwilling to change or pacify themselves for anyone. It’s a world of ‘This is who I am.’” 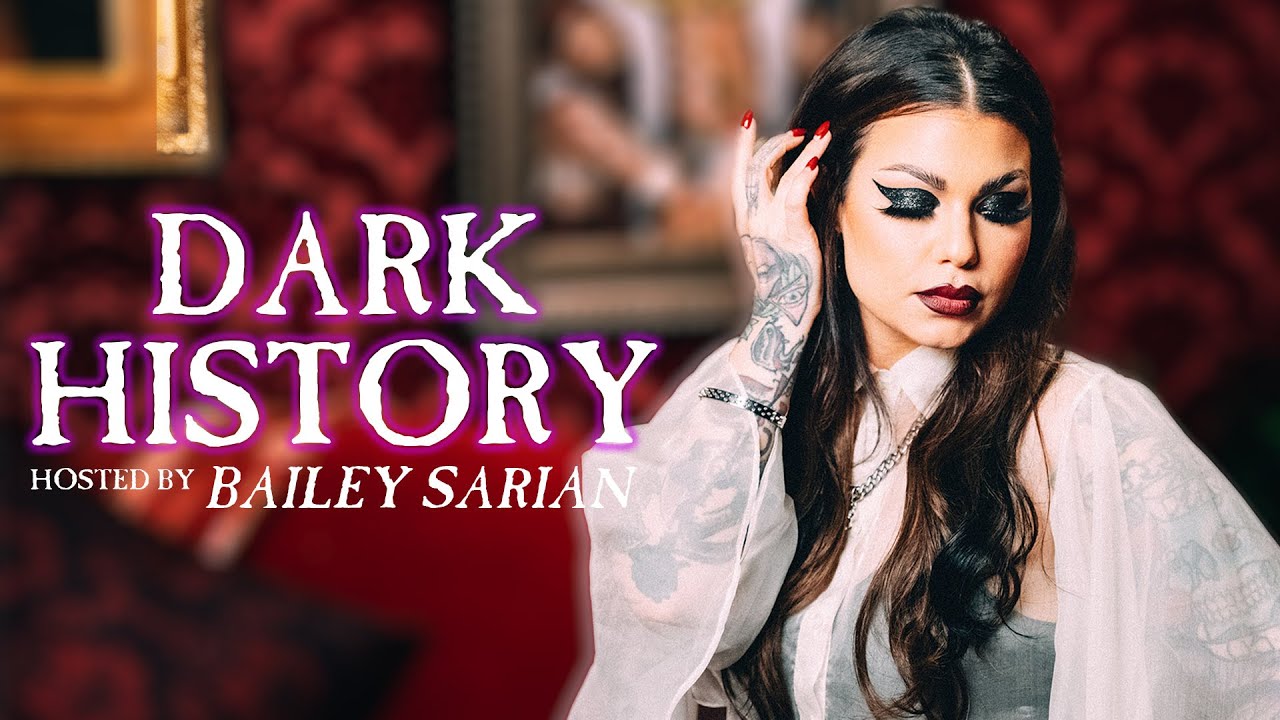 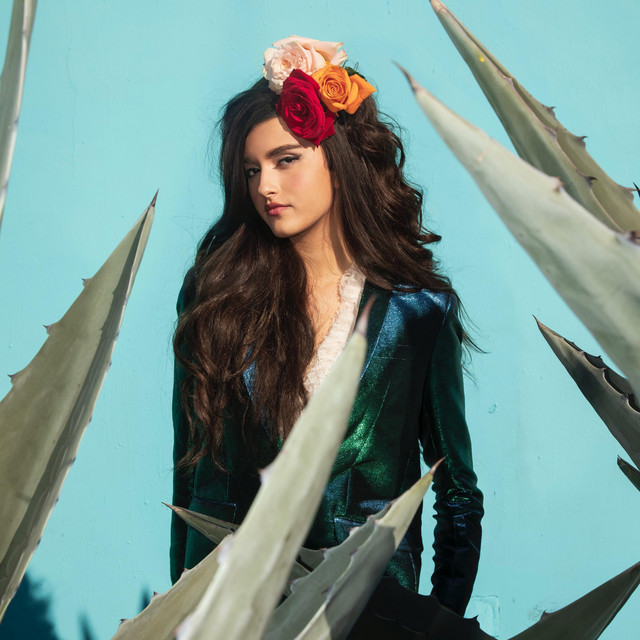 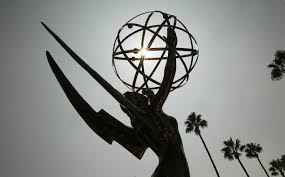